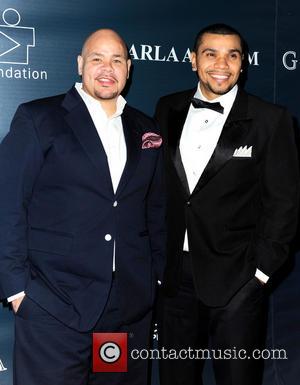 Rapper Fat Joe was released from prison in time to spend America's Thanksgiving holiday (28Nov13) with his family.

The hip-hop star, real name Joseph Cartagena, was jailed in Miami, Florida in August (13) after he pleaded guilty to tax evasion charges, and it has now emerged that he has been freed before the end of his four-month sentence.

Fat Joe informed fans of his release by posting a video on his Instagram.com page on Wednesday (28Nov13), showing his reunion with his young daughter.

He later added a holiday message, posting an image emblazoned with the words, "Happy Thanksgiving from Fat Joe."