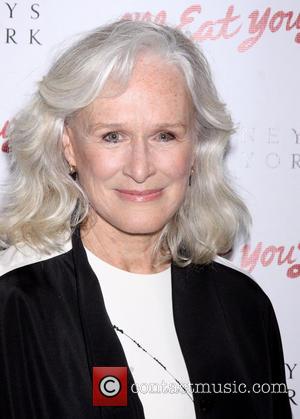 Fatal Attraction star Glenn Close was thrilled to be part of a mental health conference at the White House on Monday (03Jun13) after helping her sister battle bipolar disorder.

U.S. President Barack Obama called the think tank meeting in the aftermath of the Connecticut elementary school massacre in December (12), when 20 children and six adults were shot dead by Adam Lanza.

The atrocity sparked debate about the connection between America's rampant gun crime and the mental health of the perpetrators, and Obama is keen to ensure those struggling with issues have access to help.

Close used her sister as an example of how people with mental health issues can be helped if they get the right treatment. She explained, "The fact is we're lucky that she's still here. She definitely fell through the cracks of our family and so I helped her... and she started on her journey of recovery.

"The most powerful thing is the way to change somebody's attitude and that can lead to a change of behaviour to actually meet people and hear their story."

After her meeting with politicians and advocates, the actress spoke to news channel Msnbc and said, "I was highly honoured to be part of this conference today... A national dialogue about mental illness has been needed for so long. It's thrilling to be here and to realise that it's one of the agendas now for the administration and hopefully our government."

She adds, "We're a nation that are behind our vets but I don't think we have understood what that means... Through that we will go into the population at large, where one of four of us is touched in some way by mental illness. It's just part of the human condition.

"It's a human rights issue and it's an issue that has to be backed up by laws and I think the time has come for an absolute shift in the thinking in this country."