By Adam Holden in Music Reviews on 16 November 2017

A staple at Glastonbury over the last few years, Father John Misty's UK tour proved sound evidence of his prominence. He added two more London Hammersmith shows to his schedule, finishing off on the south coast in Brighton.

After the release of his third album 'Pure Comedy', Father John Misty, aka Josh Tilman, has proved to be a highly astute frontman, singer and songwriter, fundamentally possessing every idiosyncrasy one would need to perform live with the quality that Tilman does. His drumming for the Fleet Foxes seems a lifetime away now.

Impressively performing for more than two hours, Tilman ran through hits from all three albums: 'Fear Fun', 'I love you Honey Bear' and 'Pure Comedy'.

William Blake wrote, in "Auguries of Innocence", about mankind's potential 'To see a World in a grain of sand/ And a Heaven in a Wild Flower/ Hold Infinity in the palm of your hand/ And Eternity in an hour.' To be fair, I haven't got a clue what he was on about. If I had to speculate, I would say that it was something about the rare capacity to distillate the life's vast unfathomableness into poignant and relevant lines. Father John Misty's "Pure Comedy" doesn't quite crystallise eternity in its hour and fourteen minutes, but it demystifies our 21st Century omnishambles in no uncertain terms.

An American telling us life sucks? Didn't Holden Caulfield get in there 66 years ago? He did, but he moaned about others being phoneys, when it was clear that he was the biggest turd in the sewer. Here, our self-loathing narrator includes himself as part of society's demise, also citing the mass media, social media, organised religion, conspicuous consumerism and politics as toxic dehumanisers. When America has the DTs and dystopian literature has been re-labelled 'non-fiction', "Pure Comedy" is a timely digest of all that we must question about ourselves.

The album opens with the title track, and 'The comedy of man starts like this,/ Our brains are way too big for our mothers' hips'. Nature's compromise is that 'we emerge half-formed' and forlornly hope that whoever is on the other side 'is kind enough to fill us in'. "Ballad of the Dying Man" unfortunately suggests that we will be purely in the hands of 'Idiots, dilettantes and fools', meaning that 'we leave as clueless as we came'. The titular dying man is no hero, himself suitably enfeebled that he 'checks his news feed to see what he's about to miss' immediately before expiring. Our apathetic televisual stupefaction is exposed in "Total Entertainment Forever" with the image of historians finding us 'in our homes,/ Plugged into our hubs,/ Skin and bones.' It commences with a typically sh*t-stirring Josh Tillman line about bedding Taylor Swift - the resultant media kerfuffle somewhat proving the song's point. 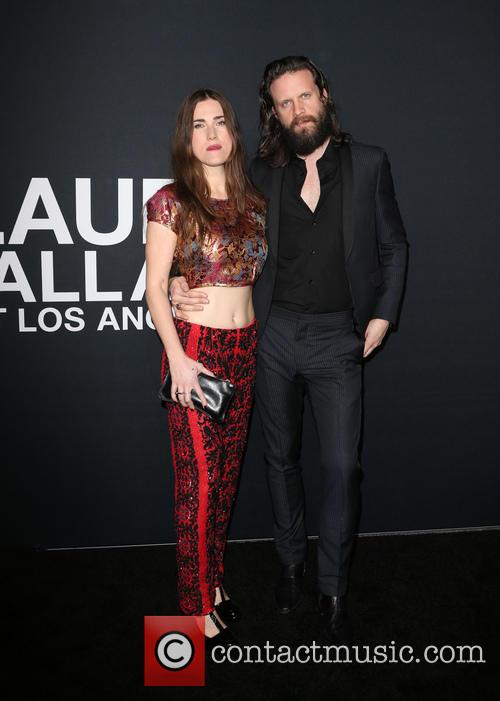 By Andy Peterson in Music / Festivals on 22 December 2015

By Eoin Hanlon in Music Reviews on 29 October 2015

Josh Tillman, better known as his cool, charismatic, sarcastic and relentlessly sexy alter-ego Father John Misty is currently embarking on his tour for his second album I Love You, Honeybear. Released in February of this year, it merges both the beautiful and brutal honesty of love in all its forms. It touches on the adoration of your loved one when by yourself with them, to the self-loathing and paranoia one may develop in relation to that and every funny minutiae of detail in between. It's lovely, melodramatic, truthful, heartfelt, meta and bloody hilarious. That's the condensed review of the album and description of its creator, so you can imagine how good it and he is. If you haven't listened to it yet make sure you rectify that immediately.

Father John Misty's music has the capacity to draw in an incredibly diverse crowd. His soaring and crooning vocals alongside the bands beautiful composition juxtaposed with his ridiculous, LasVegas-esque caricature and witticisms draws in those who take him more seriously than he would ever care anyone to, those who find him hilarious, couples who he resonates with both young and old, and fundamentally, people who either want to sleep with him or learn how to become him (mostly they desire both). That aside, everyone is there simply because this man, Father John Misty, Josh Tillman or otherwise, knows how to perform.

He was welcomed warmly to the stage as he broke into the title track I Love You, Honeybear while he spread across a stage which seemed frustratingly too small for him. Lifting the mic stand above and around his neck and dropping down to his knees and gyrating into the air there was little to do but be absolutely mesmerised by his captivating stage presence from the moment he sauntered into view. After a couple of songs he briefly talks about spending the day in Sheffield and describing it as "absolutely lovely" (as a first time visitor myself, that is the most apt description of the city), interestingly, it seemed as he let his guard down a little bit and somehow sprung more into his eccentricity by the time he performed When You're Smiling and Astride Me and instantly merging it with a Fear Fun favourite I'm Writing a Novel.