William Blake wrote, in "Auguries of Innocence", about mankind's potential 'To see a World in a grain of sand/ And a Heaven in a Wild Flower/ Hold Infinity in the palm of your hand/ And Eternity in an hour.' To be fair, I haven't got a clue what he was on about. If I had to speculate, I would say that it was something about the rare capacity to distillate the life's vast unfathomableness into poignant and relevant lines. Father John Misty's "Pure Comedy" doesn't quite crystallise eternity in its hour and fourteen minutes, but it demystifies our 21st Century omnishambles in no uncertain terms. An American telling us life sucks? Didn't Holden Caulfield get in there 66 years ago? He did, but he moaned about others being phoneys, when it was clear that he was the biggest turd in the sewer. Here, our self-loathing narrator includes himself as part of society's demise, also citing the mass media, social media, organised religion, conspicuous consumerism and politics as toxic dehumanisers. When America has the DTs and dystopian literature has been re-labelled 'non-fiction', "Pure Comedy" is a timely digest of all that we must question about ourselves.

The album opens with the title track, and 'The comedy of man starts like this,/ Our brains are way too big for our mothers' hips'. Nature's compromise is that 'we emerge half-formed' and forlornly hope that whoever is on the other side 'is kind enough to fill us in'. "Ballad of the Dying Man" unfortunately suggests that we will be purely in the hands of 'Idiots, dilettantes and fools', meaning that 'we leave as clueless as we came'. The titular dying man is no hero, himself suitably enfeebled that he 'checks his news feed to see what he's about to miss' immediately before expiring. Our apathetic televisual stupefaction is exposed in "Total Entertainment Forever" with the image of historians finding us 'in our homes,/ Plugged into our hubs,/ Skin and bones.' It commences with a typically sh*t-stirring Josh Tillman line about bedding Taylor Swift - the resultant media kerfuffle somewhat proving the song's point.

Thirteen-minute epic, "Leaving LA", self-deprecatingly calls itself 'some ten-verse, chorus-less diatribe', its imagined listener responding, 'I used to really like this guy'. In reality, with the wry wit of Loudon Wainwright and the restless discontent of Bob Dylan, it's an alternative state of the nation address. Elsewhere, Tillman envisages God washing his hands of mankind's hellish 'handiwork' and mankind overthrowing the system, only to suffer 'with no-one advertising to us constantly.'

Musically, it's slow-to-mid-tempo 70s rock, reminiscent of Elton John and Pink Floyd at different junctures, the one possible nit-pick being that it ticks along somewhat metronomically throughout. Such criticisms are minuscule when each song is so poetically astute, 2017's existential ugliness encapsulated in such lush melodic splendour. 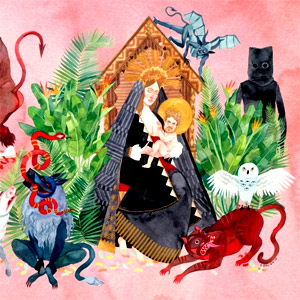 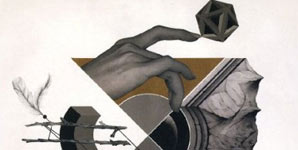