Fearne Cotton has announced the birth of her baby boy, named Rex 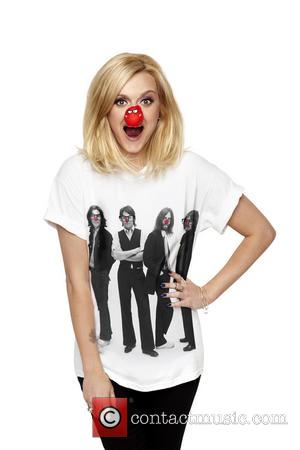 Fearne Cotton gave birth to her first baby in the early hours of this morning (February 21, 2013). The BBC Radio One presenter is celebrating the arrival of Rex Rayne Wood into the world, along with her boyfriend Jesse Wood. On Twitter, Fearne posted a message to say that she and Jesse were “beyond in love” to announce the arrival of their new baby son.

Jesse and Fearne have been dating since July 2011; he’s the son of Rolling Stones guitarist Ronnie Wood and she’s one of the key presenters in Radio One’s daytime schedule. She announced her pregnancy in August 2012. Her pal Holly Willoughby was amongst the first to congratulate her fellow Celebrity Juice star, tweeting “Hooray! @Fearnecotton congratulations on baby Rex!!!!! Can not wait to meet your little man….love you! Xxx” Meanwhile Leigh Francis (aka Keith Lemon) told her “You’re gonna be an ace mum. Lotsa love. Congrats t’ ya both, all 3 of you! All of us hurrrraaah!" The official Twitter page for Celebrity Juice took the comedy approach and tweeted “Big congratulations to ‪@Fearnecotton on giving birth to a dinosaur. Love you loads x” We’re assuming that’s a ply on the name Rex, there, in case you were wondering…

It’s a big year for celebrity babies, what with Kate Middleton and Kim Kardashian both expecting to give birth in a few months. Fergie of Black Eyed Peas has also announced that she’s expecting her first child, with boyfriend Josh Duhamel, too. Fearne Cotton and Jesse Wood, pictured together whilst Fearne was still pregnant