You've Got The God-Factor: Kye Sones Will Be Godfather To Fearne Cotton's Baby Rex 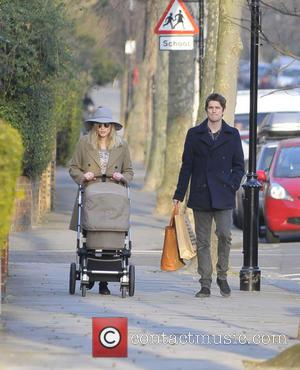 Kye Sones may have missed out on taking part in the X Factor tour but the X Factor reject got lucky elsewhere in life, as his life-long pal Fearne Cotton has asked him to be godfather to her new-born son, Rex. According to The Mirror, Kye and Fearne have been mates since they were 11 and he revealed the cute way in which Fearne broke the news to him.

“I got a text from Fearne, with a picture of Rex,” said Kye. “It said ‘I love you so much already, I want you to be my godfather.’” He doesn’t seem entirely sure of what he’s getting himself in for, mind you, as he admitted “I don't know what exactly a godfather does but I'm definitely up for doing it. Rex is the cutest baby ever." Oh, well, as long as the baby’s cute, all that moral guidance stuff should be a walk in the park, huh, Kye? No word on who else Miss Cotton and her beau Jesse Wood are planning on having as godparents but we reckon Holly Willoughby’s a good bet. She and Fearne have been thick as thieves for years. Of course, when your grandfather is a Rolling Stone (Ronnie Wood, to be precise), we can’t help but think that having Kye Sones as a godparent is going to something of a let-down. Poor Rex.

Despite being really popular on X Factor (know, we can’t quite fathom why, either…) Kye Sones was not included in the high profile X Factor tour that the winners embark on every year.