Felicity Jones wowed on the Oscars red carpet in a custom-designed Alexander McQueen gown and has revealed she wanted to save her best dress for the ceremony. 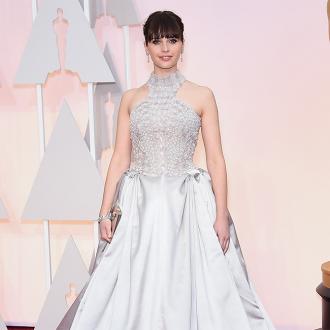 Felicity Jones wanted to save her best dress for the Oscars.

The 'Theory of Everything' star wowed on the red carpet with a stunning light grey Alexander McQueen gown customised by Sarah Burton, the designer of Britain's Duchess of Cambridge's 2011 wedding dress.

Speaking about her outfit, Felicity is quoted by WWD as saying: ''We started discussing this a few weeks ago. The detail and the craftsmanship is just incredible, and they somehow managed to get it all finished in time.

''It was really important for me to wear an English designer. I wanted to save the best for last.''

The 31-year-old was nominated for the Best Actress award at the event but lost out to 'Still Alice' star Julianne Moore.

Felicity's dress had a bodice, packed with chiffon flowers whilst the voluminous skirt of her gown featured gorgeous pin-tucked pleats, which ensured the dress maintained its show-stopping effect.

Meanwhile, Felicity previously admitted finding the perfect outfit for the Academy Awards would be just like finding a wedding dress.

She said: ''I'll probably try on a few, I imagine.

''But I'll know when it's right because you put it on and it feels comfortable. It fits. And you just go, 'This is the one!'''