Cheryl Cole Getting It On With Fergie

will.i.am is working on a duet for Cheryl Cole and Fergie after seeing how well the pair have bonded on tour together. 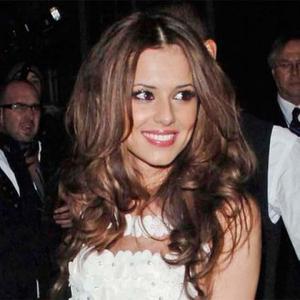 Cheryl Cole is set to record a single with Fergie.

The 'Fight for This Love' singer and the Black Eyed Peas star have bonded over recent weeks as Cheryl supports the pop group on the European leg of their current tour and now Fergie's bandmate will.i.am is working on a duet for them.

A source told The Sun newspaper: "They've become great friends so a collaboration is a natural step. If the song is right, Cheryl and Fergie are up for it.

"From what will.i.am's been saying so far, they're really keen. It will be a sexy, sultry and ambiguous number. And given that Fergie is a huge name in the US, it could be the tune to really break Cheryl over there."

Cheryl worked with will.i.am on her debut album '3 Words' and has previously stated she wants to work with him "for the rest of her career".

The Girls Aloud beauty - who has gotten increasingly closer to will.i.am since splitting from her soccer player husband Ashley Cole - said: "I would work with will.i.am for the rest of my career if I could. He's absolutely inspiring, fantastic, futuristic, creative, he's everything that you would want from a producer and also from a person. He's a lovely person, so I'd work with him forever if I could."