Black Eyed Peas singer Fergie admits she likes being rich and famous because she can remember once being so broke she had to move back into her mother's house. 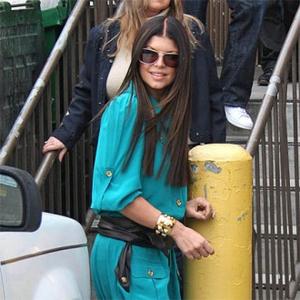 Fergie is grateful to be successful and famous.

The Black Eyed Peas singer is very appreciative of the success she has in her life because she can remember what it was like to be broke and homeless and addicted to drugs.

Fergie - who became addicted to methamphetamine, known as 'crystal meth', after she left the girl group Wild Orchid in 2001 - said: "I had to move back to my mom's and start collecting unemployment benefit because I had spent all my child actor money - so I have been up and down with money. I appreciate the value of it."

And Fergie - who is married to actor Josh Duhamel - never gets tired of the trappings of fame and admits she gets excited by the perks which are offered to her.

The 35-year-old pop star added: "Riding in a private Jet is very glamorous and I remember the first time we did it. We were so excited because they said whatever we wanted to eat we could order, so we went crazy and ordered lobster, shrimp, crab, rice, steak - it was a huge feast".