Fergie, who is expecting her first child with husband Josh Duhamel, is having a star-studded baby shower in Los Angeles, California, this weekend. 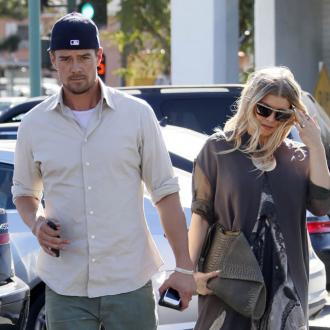 Fergie is having a star-studded baby shower in Los Angeles this weekend.

The Black Eyed Peas singer, who is expecting a boy with husband Josh Duhamel, is preparing for the pre-birth celebration which will be thrown by her agent Sean Patterson and fashion designers Dean and Dan Caten.

According to the New York Post newspaper, a number of A-Listers have been invited to the event, these include TV star Kelly Osbourne, dancer Julianne Hough, director Ryan Murphy and actors Neil Patrick Harris and Jesse Tyler Ferguson.

Fergie and Josh are very excited about the arrival of their first child, who is due at the end of August, and are anticipating sleepless nights.

Josh previously said: ''Everyone is saying, 'You better sleep now [because] you're not going to get any when the baby's here', [and] 'Oh, your life is over after that', [and] 'Oh, it's the most beautiful thing ever, but it's tough.'

''I look forward to putting the attention [on the baby]. All the love that you have for something like that is what makes it so great and I think we are both ready for that.''