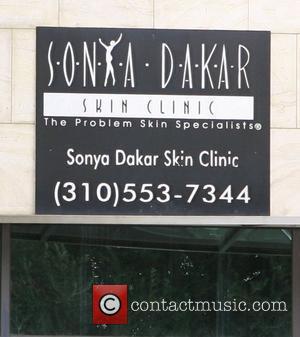 Pop star Fergie was in for an hilarious surprise at her wedding to practical joker Josh Duhamel on Saturday (10Jan09) - a slideshow featuring her best friends lip synching to her FERGALICIOUS hit.
The Transformers star spent weeks piecing together the footage after his wife's pals agreed to film themselves singing along with Fergie.
He dimmed the lights after the wedding party had finished eating at the reception, and staged the slideshow, featuring 30 of the guests at the nuptials.
Reality TV star Stacy Keibler, who was one of the celebrity guests singing along, tells Us Weekly magazine, "To see it come together was hilarious. Fergie was hysterically laughing."
Keibler admits she filmed her bit while taking a shower.
Fergie and Duhamel exchanged vows at a low-key ceremony, held in a Malibu, California vineyard.
Celebrity guests also included will.i.am., Kid Rock and new parents Rebecca Romijn and Jerry O'Connell.