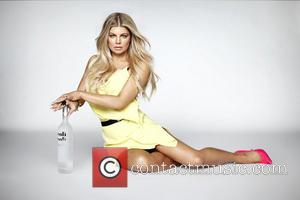 Mother-to-be Fergie continued her celebrations ahead of the arrival of her first child by hosting a third baby shower in Los Angeles on Saturday (17Aug13).

The Black Eyed Peas singer, who is expecting a son with her actor husband Josh Duhamel next month (Sep13), held the bash at the Petit Ermitage hotel in West Hollywood.

Fergie's third gathering was an intimate affair she organised for her close friends, who enjoyed a sit-down dinner and drinks, and later posed for fun snaps in a black-and-white photo booth.

The pregnant star first marked her impending motherhood at a lavish party with celebrity pals Kelly Osbourne, Julianne Hough and Lance Bass in Beverly Hills in July (13), and she did it all again earlier this month (Aug13) by inviting family and her Black Eyed Peas bandmates to a second event.