Josh Duhamel is grateful for the support wife Fergie has always given him and says she has made him a better man. 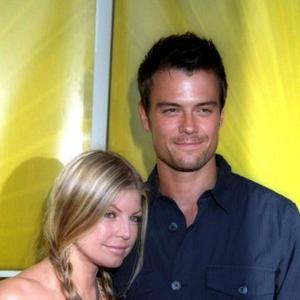 The couple - who met in 2004 and married in January 2009 - inspire one another and the 'Transformers' actor says he will always be grateful for his spouse's support.

He said: "It was really important to me to have somebody who wanted success for me, who wanted the best for me, who pushed me and inspired me to be better. Not somebody who, for whatever reason, whether resentment or jealousy or whatever, will hold you back. I went through that once before.

"I knew early on that Fergie was right for me. She's got an incredible strength and optimism. I knew that I was going to be a better man with her."

Josh, 37, also spoke of the differences between him and the Black Eyed Peas star, admitting his 35-year-old spouse enjoys being in the spotlight more than he does.

He told America's Elle magazine: "I don't necessarily like a lot of attention. My wife, when she walks into a room, she just lights it up. I'm much more low-key."

The 'Life as We Know It' actor admitted his parents' divorce had had a huge effect on him when he was growing up, admitting the split made him more "sensitive".

He said: "It affected me a lot. I was a very sensitive, emotional kid because of that.