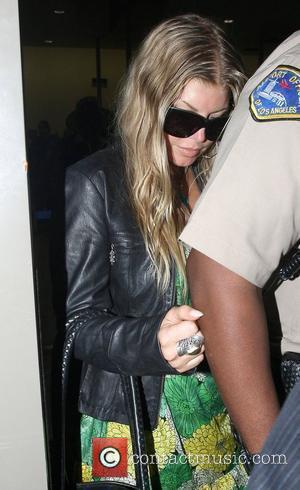 A former member of rap group N.W.A. has filed suit against the band's record label - accusing music bosses of holding back royalties after pop star Fergie sampled one of his tracks.
The Arabian Prince - real name Kim Nazel - has taken legal action against Ruthless Records, claiming executives licenced his song, Supersonic, for Fergie to use in her hit track Fergalicious - but failed to hand him a share of the profits.
The record company was founded by one of Nazel's former bandmates, Eazy-E, who died in 1995, and the group's manager Jerry Heller before the band split in 1991.
Heller is named in the lawsuit, along with Ruthless Records and Eazy-E's widow Tomika Wright.
Supersonic was released in 1988 and co-written with four other writers including members of J.J. Fad, who performed the original track.
Nazel, who owns 20 per cent of the recording, accuses the Ruthless bosses of "misrepresenting that they had authority to license (a) portion of the composition for use in the new composition Fergalicious.
The papers also accuse executives at the firm of collecting royalties from the hit track, but failing to pass them on.
Nazel is also seeking compensation for other songs he produced during his time in N.W.A., according to AllHipHop.com
The suit seeks damages for unjust enrichment, tortious interference and breach of contract.