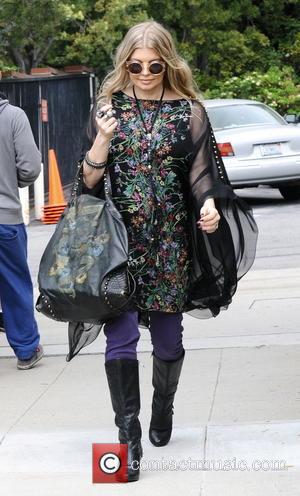 Pregnant pop star Fergie is set to be hailed as an icon at the 2013 NewNowNext Awards.

The Black Eyed Peas singer will be presented with the Always Next, Forever Now honour by Tv executives at Logo, the gay and lesbian network behind the awards, in recognition of her global impact in her music career and charity work.

She says, "I could not be more proud to be honoured by Logo. This award is so incredibly special to me because of the tremendous love and support I have always experienced from the Lgbt (lesbian, gay, bisexual and transgender) community. Logo's philosophy of acceptance with no barriers and no judgment is a message that we should all live by."

Fergie will receive the accolade from her pal, comedienne Chelsea Handler, during a New York ceremony on 15 April (13).