Some eagle eyed viewers noticed the crabs used in Friday’s trial had their claws taped up.

'I'm A Celebrity' fans were left questioning the authenticity of the show’s infamous ‘Bushtucker Trials’ on Friday, after they noticed something a little off. During a trial featuring Jorgie Porter and Ferne McCann it appeared the crabs being used were actually a lot safer than viewers had been led to believe. As the participants sat with their feet in boxes containing the crabs, some viewers noticed that the critters' claws appeared to be tied up, meaning they couldn’t do any harm to the contestants.

"Where's the fun? So far scorpions with no sting, crabs with tied claws and tame rats!” asked one twitter user. Another added "Anyone notice the crabs have been zip tied? What a fix!” In another portion of the show some viewers had also noticed that the scorpion's sting had been removed.

It comes after a difficult week for the show, with ‘Made In Chelsea’ star Spencer Matthews dramatically walking out for ‘medical reasons’. After Thursday’s episode producers also came under fire when they dunked the wrong celebrity during a live broadcast.

After saying she was “born to do this,” ‘Geordie Shore’ star Vicky Pattison downed a glass of blended camel penis to beat Jorgie Porter and win the challenge. But despite being victorious, Pattinson was then plunged into a water tank thanks to an error by producers.

Presenters Ant and Dec then tried to apologise for the mistake, telling the 28-year-old: "Vicky we do apologise about that but it may have cooled you down anyway. Hopefully we will dunk the right people next time." 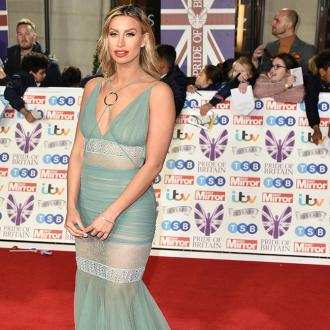