Metronomy is the latest announcement and it comes a year since the release of their critically acclaimed fourth album 'Love Letters' which reached number seven in the UK charts. 'After 18 months of touring 'Love Letters' it felt like we needed to find the perfect setting for our final show, I believe we have found it!' Said frontman Joe Mount. 'We can't wait to play at Festival No. 6.'

More new acts include 'Uptown Funk' hitmaker Mark Ronson, Brighton indie group British Sea Power, BBC Sound of 2015 winners Years & Years and London trio Haelos, which only serves to demonstrate how Festival No. 6 is one of the most exciting events Britain has to offer this year. 'Metronomy strike a great balance with Grace Jones and Belle & Sebastian, it's the perfect blend of genres and musical textures and more importantly it's going to make for a fantastic party vibe every single day of the festival', says Luke Huxham, the festival's director. 'We're incredibly proud of the line-up this year, one of our best and most diverse musical bills to date with so much more still to be announced across the site.' 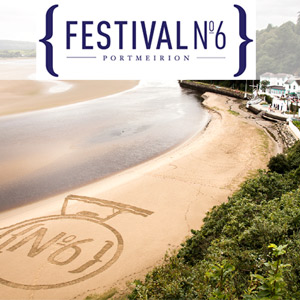