The Members Of Pop Group Fifth Harmony Have Been Named The Latest Faces Of Fashion Brand Candie's, Becoming The First Girl Group To Front A Campaign For The Company Since Destiny's Child In 2001. 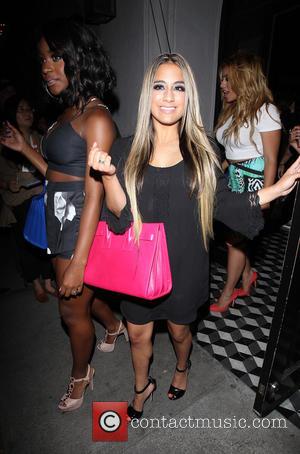 This week (begs22Jun15) the Worth It hitmakers made their debut as the five new spokeswomen for Candie's autumn 2015 collection.

The partnership has been surreal for group member Ally Brooke, who tells People magazine she and her bandmates are honoured to follow in the footsteps of such an impressive roster of Candie's models.

She says, "I've seen so many amazing artists and actors be a part of this campaign. I especially watched Hayden Panettiere, Hilary Duff, Britney Spears, so it's such an honour for me to be a part of a Candie's campaign. For me, it really encourages young girls to be themselves."