Fifth Harmony want to collaborate with Sam Smith because they think he is ''cute'' and are always ''striving'' to replicate his success. 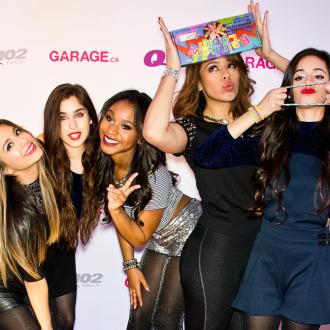 The five-piece girl group - comprised of Dinah Jane Hansen, Ally Brooke Hernandez, Camila Cabello, Normani Kordei and Lauren Jauregui - are huge fans of the 23-year-old musician and have named him as the singer at the top of the list of artists they would like to work with.

Asked about their dream collaborator, Dinah exclusively told BANG Showbiz: ''I would say Sam Smith. I love how much soul he has and I feel if we could collaborate with him that would be a great collab and to just share some ballads with him would be awesome.''

The girls - whose single 'Worth It' featuring Kid Ink is out now through SYCO Music - met the 'Stay With Me' hitmaker at the VMAs in 2014 and said he was ''cute'' during their quick conversation.

Dinah continued: ''He actually tweeted us a couple times - and I actually low-key died - but we also met him at last year's VMAs. As we were walking on stage we walked past him and I remember him standing up and it was like a quick hello, like a quick meet, he's so cute.''

And being a fan of his soulful music, the 18-year-old member said the group - whose album 'Reflection' will be released on Friday (10.07.15) - are ''striving'' to have the same level of success as the four-time Grammy Award winner.

She added: ''The dream is to have as much success as he has had, we're just striving to get on that level.''