Simpson has also responded to criticism from Fightstar fans unhappy with his decision to rejoin his former band.

It’s a millennial pop fan’s dream come true! A decade after leaving Busted, Charlie Simpson has announced he’s returned to the band for a new album and tour in 2016. Simpson previously vowed never to return to the group after leaving in 2005, but it seems the singer has had a massive change of heart. Charlie Simpson is back with Busted for a new album and tour in 2016.

Simpson and his Busted bandmates Matt Willis and James Bourne announced the reunion at a press conference on Tuesday (November 10th) and confirmed that a tour and new album were on the way in 2016.

McBusted - the pop supergroup combination of boybands McFly and Busted - have been selling out arenas all over the world since their inception back in November 2013. However, along with the announcement of McBusted's birth, it was obvious that the group would be missing a key component: former Busted member Charlie Simpson. He had his reasons for not taking part in the reunion, but what's the popstar turned rocker been up to as of late? It's no secret - Simpson was the reason behind Busted's demise so many years ago, but his departure led to taking his music career to new heights. He then became the frontman of alternative rock band Fightstar, and they quickly became a force in the genre, as well as charts in the UK. Eventually, his horizons expanded even further: Simpson began posting solo demos on his MySpace page, and it ended up leading to his first solo album, Young Pilgrim, in 2011. Young Pilgrim was a landmark in Simpson's career for sure, and it allowed the songwriter to delve into a deeper aspect of his music - trading screams and electric guitars for acoustics and more softer songs. Young Pilgrim peaked at number six on the UK album charts, but he also found some success in America as well. In the summer of 2013, Simpson traveled across the U.S. on the Vans Warped Tour, playing an acoustic set at a number of dates to a very well received crowd. In a way, you might even say that Simpson found more success in the States than he ever did in Busted.

Continue reading: Since Busted, Where Has Charlie Simpson Been?

Single review for The English Way by Fightstar. 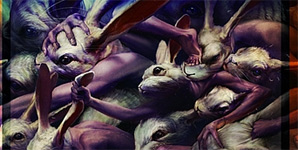 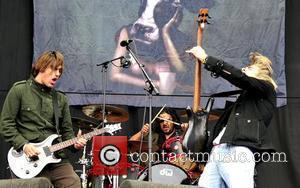 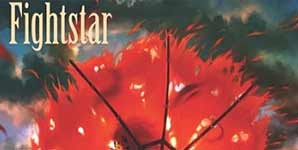