The two enjoy a close bond in new Marvel/Netflix series 'The Defenders'.

Debuting last week and finally bringing together the heroes Daredevil, Jessica Jones, Luke Cage and Iron Fist, Marvel's 'The Defenders' is certainly one of the most talked about television shows that Netflix has ever brought to fans. For those who have been committed enough to binge through the whole season already, there's been a lot of story to chew through, and a lot of developing relationships and friendships to talk about. One of those friendships is between Danny Rand aka Iron Fist (Finn Jones) and Luke Cage (Mike Colter). In the comic book world, the pair form the 'Heroes For Hire', and whilst that's not something we've seen in live action just yet, we have seen the two enjoy one another's company.

The actor would love to be a part of the show, but says no official discussions have taken place.

For many, Marvel's 'Iron Fist' was a bit of a disappointment when it hit Netflix earlier this year. Expectations were high following the huge success of 'Daredevil' seasons 1-2 and the first seasons of both 'Jessica Jones' and 'Luke Cage', but the series failed to hit the mark on more than one occasion, with many slating it as being too focused on Danny Rand's journey to becoming Iron Fist, rather than bringing some great action to the small screen.

Though we know his origin story is to continue in 'The Defenders', which hits Netflix this August, Rand will likely be taking on all manner of enemies when he teams up with his fellow New York City heroes, to take down Sigourney Weaver's Alexandra.

The actor is looking ahead to the series' future.

For critics, Marvel/Netflix collaborative series 'Iron Fist' didn't tick many of the right boxes. When the first season of the show was made available for the viewing public however, it quickly became another huge success for the comic book company and streaming service, with fans quickly getting behind the series' leading character Danny Rand (Finn Jones). Though no second season of the show has yet been ordered by Netflix, it is something that looks to be happening as we move forward. Fellow Marvel shows 'Daredevil', 'Jessica Jones' and 'Luke Cage' have all been given extended orders on the platform, with the three heroes plus Iron Fist teaming up in 'The Defenders', set to debut in just under a couple of months.

Finn Jones and the rest of the cast and crew behind 'Marvel's Iron Fist' are in for some big celebrations.

When the reviews for Marvel's 'Iron Fist' came out earlier this year, fans of the comic book property and those that have enjoyed predecessors 'Daredevil', 'Jessica Jones' and 'Luke Cage' on Netflix were shocked to see the hugely negative reaction to the fourth instalment in the collaborative series.

Now sitting with a score of 17% on review aggregate site Rotten Tomatoes, with verified critics on the platform giving 44 'rotten' reviews and just nine 'fresh', many didn't hold out much hope for an exciting and engaging story when the show hit the streaming platform for all to see. Consumers seemed to enjoy what they got however, with 81% of the audience saying they liked the show and an average rating of the series sitting at just over four out of five.

Iron Fist co-creator Roy Thomas 'tries not think' about the critics of the Netflix/Marvel series, because he has 'so little patience' for them.

Marvel's latest Netflix collaboration 'Iron Fist' has caused quite the stir. Though critics were quick to slam the new series as the first dud to come from the streaming service and comic book company's team-up, viewers across the globe have voted in their numbers, going against what the professionals had to say and landing the show an 84% audience score on reviews aggregate site, Rotten Tomatoes. Whether it's a lack of action, character development or something else entirely, most criticism can be shrugged off, but a section of the public who didn't enjoy their time with 'Iron Fist' are now accusing those behind the character of 'whitewashing'; a term used to describe when a major release TV series, film or other property uses a white actor in the place of one of a minority that would have been better suited to take the role.

The show hits Netflix this Spring.

Marvel is set to continue its major Netflix takeover with the premiere of yet another eagerly anticipated superhero show entitled 'Marvel's Iron Fist'. Created by Scott Buck, it is based on the comic book character originally created in 1974 by Roy Thomas and Gil Kane.

The new trailer for the show was released yesterday (February 7th 2017) and sees protagonist Danny Rand (played by Finn Jones) kick some serious ass at the headquarters of his family's company Rand Enterprises. He's back after many years of being presumed dead, while actually he is the sole survivor of a plane crash that killed his mother and father. 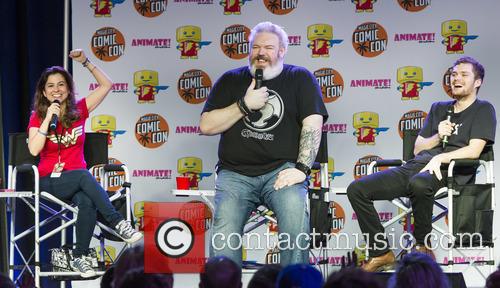 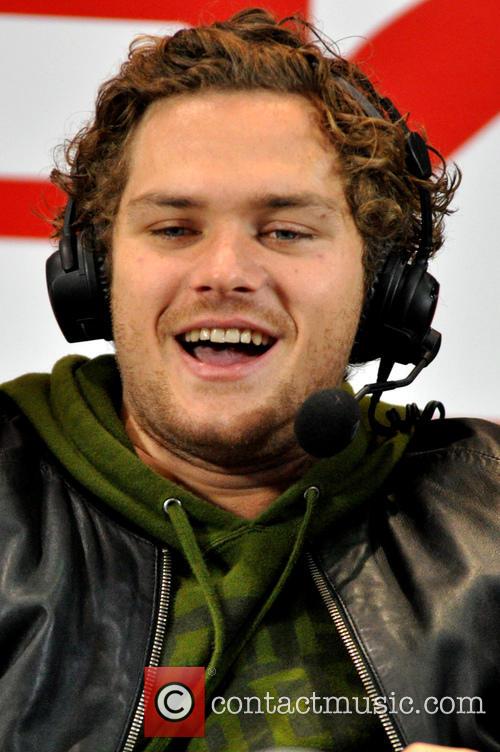 Cast members were asked some hilarious questions at the Game of Thrones Season 4 premiere, take a look at some of their answers.

The lucky BuzzFeed team were at the season four premiere event for Game of Thrones, and managed to ask the cast some rather personal, but also hilarious questions. BuzzFeed asked the cast members they managed to flag down what email addresses they think that their characters would have, as well as which mythological creature they would take into battle with them.  They didn't get the chance to ask Emilia this question, but we have a sneaking suspicion we know the answer to that one anyway! First up was Mother of Dragons, Daenerys Targaryen, played by Emilia Clarke. Emilia’s email answer was probably our favourite, responding that Dany’s would probably be “[email protected]”. Sounds pretty spot on to us, especially after watching the most recent trailer, which sees her character determinedly claim “I will answer injustice with justice.” We can’t wait to see the Khalessi bring it in season four!