Irish actress Fionnula Flanagan chats to photographers on leaving a Beverly Hills nail salon. She confesses that she didn't let her family see the comedy movie 'Yes Man' in which her character performed a sexual act on Jim Carrey's character; she makes a joke regarding the scene insisting that her teeth are her own. She also discusses her opinion of 2009 Britain's Got Talent finalist Susan Boyle.

As well as 'Yes Man', Fionnula has also appeared in 'The Invention of Lying' which starred Ricky Gervais and on the 'Lost' TV series as Eloise Hawking

Song Of The Sea 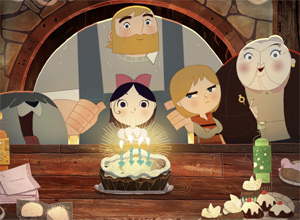