The Libera Awards highlight the indie music scene, and two British artists are leading the way this year. 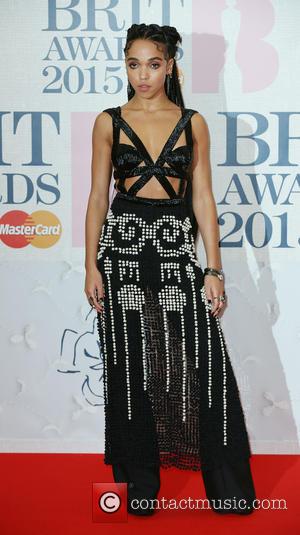 The nominations for the fourth annual Libera Awards have been announced, and two British artists are among the leading contenders. FKA Twigs and Aphex Twin have been given four and three nominations respectively.

Critically acclaimed singer FKA twigs, real name Tahliah Debrett Barnett and currently engaged to actor Robert Pattinson, is nominated for four awards, including both Album of the Year categories for her debut record LP1, Best Sync Usage in an advert or film, and Video of the Year for ‘Two Weeks’. FKA twigs is up for four 'LIBBY' Awards this June

Elsewhere, the much-talked-about rap duo Run The Jewels have been nominated for four awards, and the likes of Father John Misty, Sleater-Kinney and Flying Lotus also received multiple nods. Even mainstream sensation Taylor Swift is included in this otherwise left-field event, as her recent album 1989 was released on the semi-independent Big Machine label.

Known casually as the LIBBYs, the ceremony seeks to highlight achievements within the independent music scene and rounds off the Indie Week conference held in New York City. The selection criteria for any nomination is that it must be by an artist signed to an independent label.

In terms of label representation, the Beggars group (consisting of 4AD, Matador, XL and Young Turks) received the most nominations with 11, followed by Warp Records with six (three accounted for by Aphex Twin) and Mass Appeal with five.

The layout of the ceremony is different to most music awards, notably insofar as there are two separate album of the year categories. One is for ‘Groundbreaking Album of the Year’, specifically rewarding innovation, and the other is simply titled ‘Album of the Year’, awarded to the record that the select group of judges from independent labels think is the best overall.

You can see the full list of nominations here, and the ceremony itself is held on June 25th at the Highline Ballroom in New York.