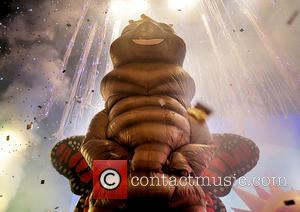 The Flaming Lips star Wayne Coyne has assured fans his on/off project with Kesha is on again following the pop star's rehab stint earlier this year (14).

Coyne teamed up with the Tik Tok star last year (13) for the band's The Flaming Lips and Heady Fwends album, and the odd couple began working on new material for a joint album.

But Coyne abandoned the project in November (13), telling his Twitter followers that the album would never see the light of day.

Now, speaking to Billboard.com, the rocker admits he'd like to get back in the studio with Kesha - if she's allowed to record new material with him.

He says, "I think she’s in, like, a production deal, I guess... because when I do music with Kesha, we’re just doing music and I don’t really know all the levels of what’s allowable and what isn’t.

"I think my relationship with Kesha is the same as it’s always been: 'When you wanna do something, let’s f**king get together and we’ll do it and we’ll figure something out'."

Meanwhile, Kesha is about to embark on a career as a Tv talent show judge after her rehab stint at the beginning of 2014 - her new project Rising Star debuts in the U.S. next week (22Jun14).