Childhood & Early Career: Tramar Dillard was born in Carol City, Florida. Whilst he was a teenager, he performed with the hip-hop collective 2 Live Crew. Jodeci's DeVante Swing soon noticed Flo Rida's work with Fresh Kid Ice (also of 2 Live Crew) but none of the major labels were willing to offer them a record deal. As a result, Flo Rida enrolled in the University of Nevada, then Las Vegas and Barry University.

Following a phone call from Poe Boy Entertainment, Flo Rida returned home to Florida and signed a deal with them in 2007. He began to associate himself with Floridian rappers such as Trina, Trick Daddy and Rick Ross.

Music Career: In 2008, Flo Rida released his debut album, Mail On Sunday. The debut single, 'Low' featured T-Pain and was a huge commercial success. The track was also featured on the soundtrack to Step Up 2 The Streets. Another single, 'Elevator', featured the renowned hip-hop producer Timbaland, whilst will.i.am from Black Eyed Peas featured on 'In The Ayer'. The final track from the album was 'Roll' and featured Sean Kingston.

Flo Rida also appeared on tracks by a number of different artists, including 'We Break The Dawn' by Michelle Williams and a remix of Madonna's '4 Minutes'. He also appeared on albums by DJ Khaled (We Global) and Ace Hood (Gutta).

Flo Rida started to record his second album less than a year after the release of Mail On Sunday. R.O.O.T.S., the name of the second album stands for Route Of Overcoming The Struggle. Released in March 2009, the album features production from the likes of Dr. Luke and DJ Montay. The lead single from the album, 'Right Round' became Flo Rida's second number one single. 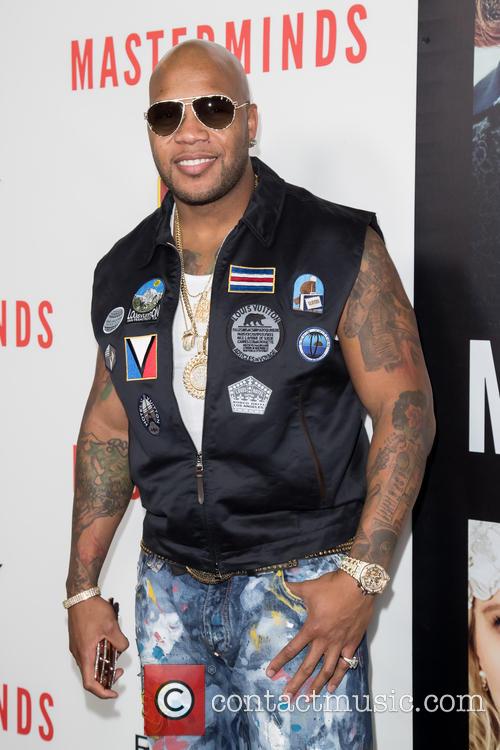 Mysterious Sia Reaches First Billboard No.1 With '1000 Forms Of Fear'

After years of writing No. 1 hits for fellow artists, Sia is finally claiming a chart-topper under her own name.

After her phenomenal success with Chandelier, Sia’s career has taken off in a whole new way. This week, the singer/songwriter’s album 1000 Forms of Fear, reached the top of the Billboard 200, marking it as the best sales week of her career – and her very first Billboard No.1. The album sold 52,000 copies in the week ending July 13. Like her last two records, it was released by RCA, via Monkey Puzzle. 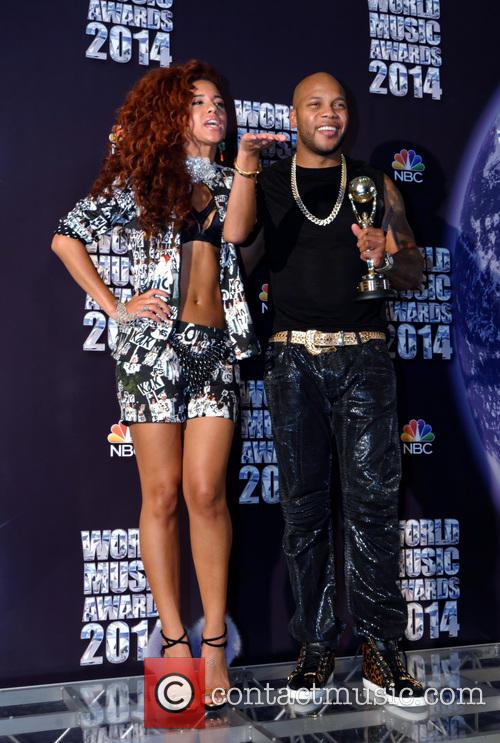 Enrique Iglesias To Release New Single 'There Goes My Baby' Feat. Flo Rida In The Uk On May 26th 2014 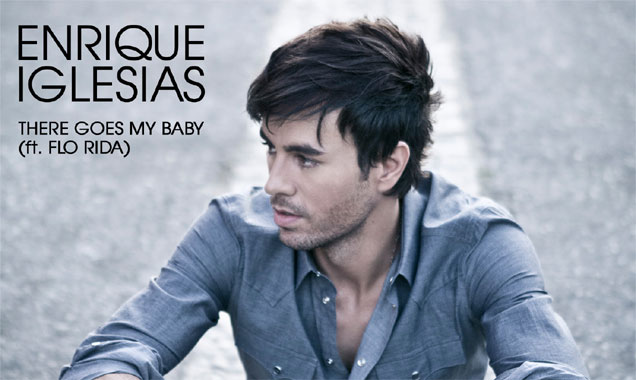 Flo Rida's manager was ejected from the Miami Heat and Indiana Pacers game on Monday night (June 3, 2013) for trash talking! Flo Rida was seemingly enjoying the game when his manager began verbally attacking Pacers player Jeff Pandergraph who was sitting on the bench. We have no idea why he started doing this.

According to TMZ.com, TNT's side-line reporter Craig Sager rushed over to find out what the fuss was about to find Flo Rida's manager yelling at Pendergraph. "It actually was Flo Rida's manager who was ejected," he explained, "He and Pendergraph had been going back and forth. He got to be such a distraction that the officials came over and tried to eject him. He wanted to stay."

No word yet from Flo Rida, though he presumably wasn't best pleased about having to sit on his own for the remainder of the game. He reportedly told his man, "You're my manager, but you've got to get out of here now." The huge Heat fan had tweeted of his excitement before the game, telling followers, "Lets go @MiamiHEAT!!!"

"I'd like to say I can imagine how it's going to feel, but I'm not quite sure," says Seacrest, quoted by The Associated Press. "I looked forward so much to each year that I did the show with him."

Seacrest is using the sad fact of Clark’s passing as motivation to make this year’s Rockin’ Eve better than ever in tribute. The presenter is reportedly hard at work, hammering out the “nitty-gritty” around the show, which will air from 8pm on the 31st, up until 2am on New Year’s Day. A host of A-list performance have already been booked, like Carly Rae Jepsen, Neon Trees, Flo Rida and Pitbull. Taylor Swift, who has arguably been one of 2012’s biggest success stories, will fill the headlining slot right before midnight. The show will air live, as usual, from Times Square in New York, but without Clark as a host there will undoubtedly have to be some changes.

Pictures: Justin Bieber, Ke$ha And A Who's Who Of 2012 Pop Play The Second Night Of KIIS FM's Jingle Ball Justin Bieber performs on the second night of the KIIS Jingle Ball, but he was far from the only star of the evening

Justin Bieber was among those performing at the second night of the KIIS FM Jingle Ball, with pretty much anyone who's been anyone making an appearance over the radio network's massive two-dayer. Sunday night (December 2) at the Nokia Theatre in Los Angeles saw current chart sensation Taylor Swift coming up against The Jonas Brothers - who found themselves eclipsed by the star. Last night, though (December 3), it was the turn of Bieber - still deep into his lengthy tour - Ke$ha, YouTube sensation Psy and fast rising British group The Wanted, among others, to provide the party.

Continue reading: Pictures: Justin Bieber, Ke$ha And A Who's Who Of 2012 Pop Play The Second Night Of KIIS FM's Jingle Ball Around three million people are expected to line the streets of New York for Macy’s 86th Annual Thanksgiving Day Parade. The event kicks off at 8am and already, teams of workers have been hard at work setting up for the parade, with giant inflatables being set in place for the huge yearly event. An enormous Buzz Lightyear was blown up last night, along with an enormous Hello Kitty figure and Sonic the Hedgehog will be showing his face, too. 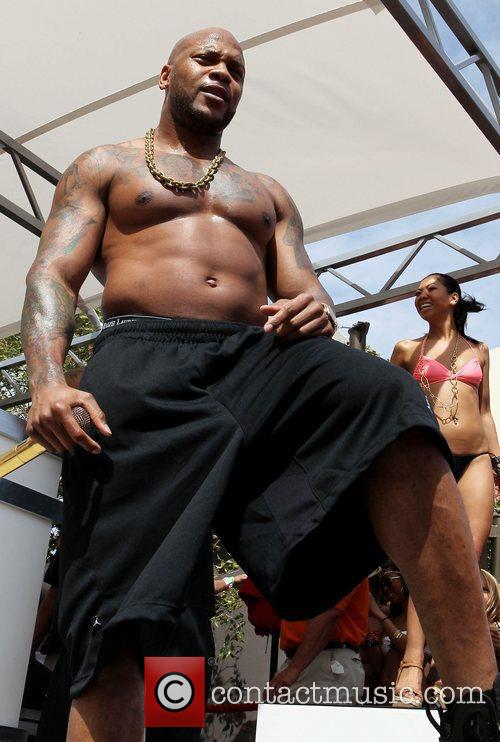 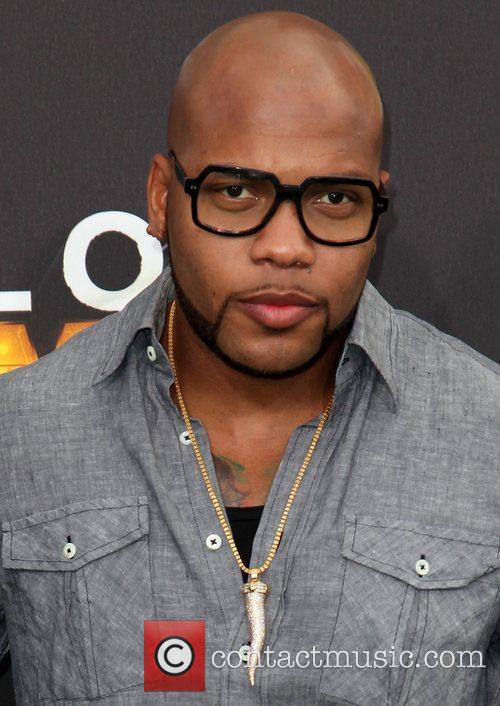 By Tareck Ghoneim in Music Reviews on 15 March 2011

Flo Rida is back and still in popular demand. His commercial style of hip hop is certainly gaining much success in the industry and his crossover style into dance music is becoming accepted in that market too. A year later from 'R.O.O.T.S' he releases 'Only One Flo -Part 1', the sequel to the next addition coming soon. 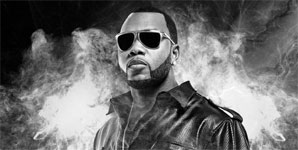 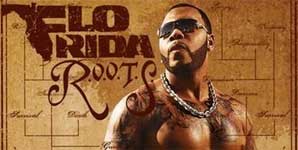 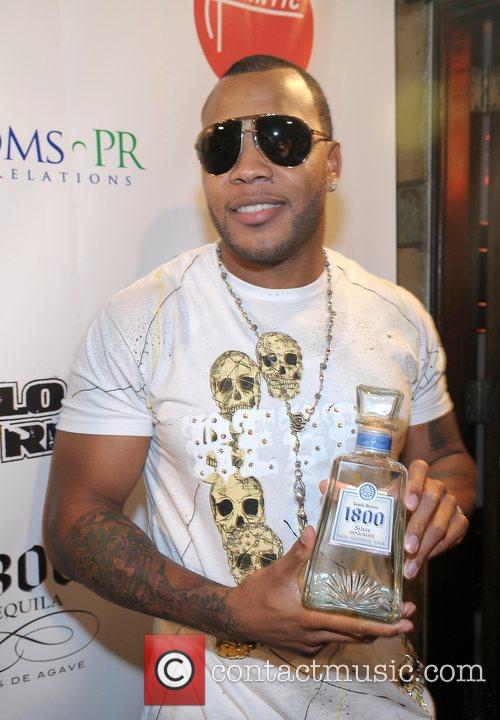