Rapper Flo Rida Has Followed In The Footsteps Of His Protegee Natalie La Rose And Pulled Out Of An Appearance At Donald Trump's 2015 Miss USA Beauty Pageant Following The Tycoon's Controversial Remarks About Mexicans In America. 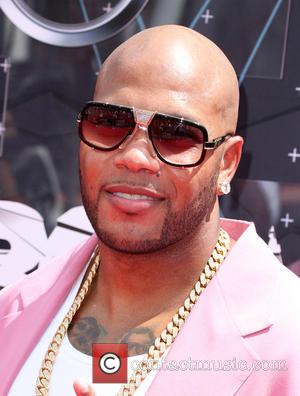 The property mogul-turned-reality TV boss has faced a huge backlash from the Latin community and others since he suggested Mexicans in America were "rapists" who brought drugs and crime into the country during a recent speech to launch his U.S. presidential bid in June (15).

The ill-advised comments prompted TV bosses at Univision, NBC and Televisa to pull their planned Miss USA coverage, while a host of the event's talent, including performer J Balvin and show co-hosts Roselyn Sanchez and Cristian de la Fuente, dropped out of the show amid the controversy.

On Tuesday (30Jun15), Somebody hitmaker La Rose announced she will no longer be taking the stage at the pageant in Baton Rouge, Louisiana on 12 July (15), and now her mentor, hip-hop star Flo Rida, has scrapped his appearance, too, reports TMZ.com.

The Whistle hitmaker has yet to comment directly on his reason for the cancellation, which was revealed on Wednesday (01Jul15) - shortly after bosses at U.S. retailer MACy's declared they were dumping Trump's menswear line from their stores in light of his disparaging comments.