Florence And The Machine Have Their Mojo

Florence and the Machine and Kasabian dominate this year's nominations at The 2010 MOJO Honours List, with four and three nods respectively. 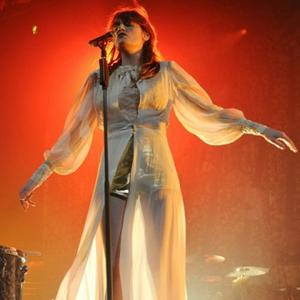 Florence and the Machine and Kasabian dominate the nominations in this year's MOJO Honours List.

'Rabbit Heart' singer Florence Welch is up for four prizes, including Best Live Act and Best Album for her debut 'Lungs', at the annual awards ceremony hosted by the British music magazine and voter for by readers.

Kasabian are also named in the same two categories - the latter for their 'West Ryder Pauper Lunatic Asylum' LP - as well as picking up a nomination for Song Of The Year for their single 'Fire'.

The other nominees for Best Album are Paul Weller's recent release 'Wake Up The Nation', Richard Hawley's 'Truelove's Gutter' and harpist Joanna Newsom's 'Have One On Me'.

In the Song Of The Year category 'Fire' is joined by Florence's cover of Candi Staton's 'You've Got The Love', Richard Hawley with 'Open Up Your Door', Arctic Monkeys' 'Crying Lightning' and Rage Against The Machine's UK Christmas 2009 number one single 'Killing In The Name'.

Editor-in-chief of the magazine, Phil Alexander, said of the group: "From psychedelia to punk to stoner rock, from free festival culture and on to the rave and trance scenes, you can hear and feel their influence everywhere. In fact Hawkwind are more than just a band, they're a mindset, a way of life."

Other accolades to be handed out at the ceremony, which will be held on June 10 at The Brewery in London, include the MOJO Icon Award and MOJO Classic Album.

Joanna Newsom - 'Have One On Me'

Florence and the Machine - 'Lungs'

Paul Weller - 'Wake Up The Nation'

Compilation of the Year

Song of the Year

Richard Hawley - 'Open Up Your Door'

Florence and the Machine - 'You've Got The Love'

Rage Against The Machine - 'Killing In The Name'

Florence + The Machine To Play 'Secret' Show Down Under