Florence Welch Cries All The Time On Tour

Singer Florence Welch cries all the time while she is touring. 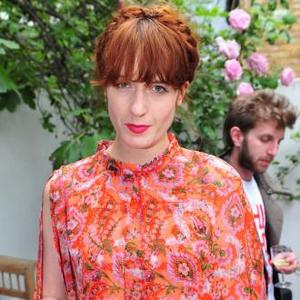 Florence Welch cries all the time while she is touring.

The Florence + The Machine singer admitted that her demanding schedule can often leave her feeling tired and emotional.

She said: ''I think we've been on tour for about three years and it's pretty much what we do now. It does get to the stage where you just cry all the time.''

However Florence revealed that some of the surreal moments of life on the road - including meeting power couple Jay-Z and Beyonce - make The Tears all worth it.

She told WXRT/Chicago Radio during the band's Live at Lollapalooza broadcast: ''I've met loads of crazy people. I've danced with Paul McCartney at the Met Ball. That was amazing. And I was dressed as David Bowie, with bleached eyebrows so that was sort of a bizarre moment in my life.

''It was wonderful to meet Jay-Z and Beyonce and hang out with them. Again, quite surreal because they're sort of the king and queen of music.''

Despite her tough time in the business, Florence doesn't know what to do when things slow down at the end of a tour.