Florence Welch Florence and the Machine

Florence Welch Narrowly Escaped Injury When She Suffered A Nasty Fall On Stage At A Show In Melbourne, Australia. 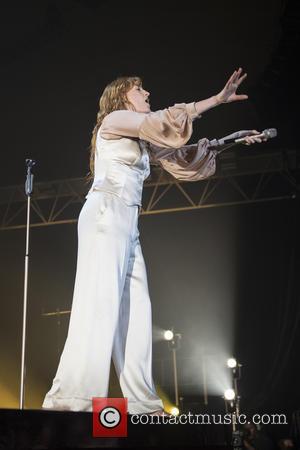 The British singer played with her band Florence + the MAChine at the Myer Music Bowl venue on Tuesday night (10Nov15), and she proved she had recovered from her recent broken foot by putting on an energetic performance.

However, she tripped over while she was skipping across the stage during a rendition of What Kind of Man and crashed to the ground. She was left sprawled on the floor until the band's bassist helped her to her feet.

Many fans feared she could have aggravated the previous injury she sustained during a performance at the Coachella music festival in California in April (15), but Florence proved she was fighting fit by continuing to run across the stage and twirl about.

Florence + the MAChine cancelled a number of dates after the singer broke her foot, but she later returned to performing and toned down her act so she could sit on the stage.