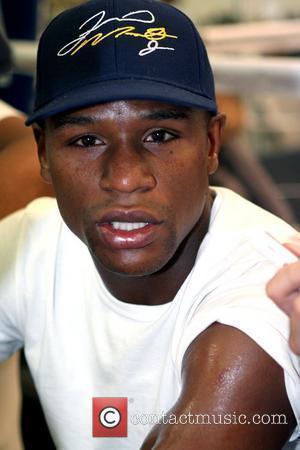 Embattled boxer floyd mayweather, JR.'s evidence hearing in a felony domestic violence case has been postponed until March (11).
The sportsman is facing charges of coercion, grand larceny and robbery, as well as domestic battery stemming from a violent altercation with his ex-girlfriend Josie Harris on 9 September (10).
The 33-year-old star made a brief appearance at Las Vegas Justice Court for a preliminary hearing on Monday (24Jan11).
His attorney, Karen Winckler, asked for a continuance of the case and Justice of the Peace Melissa Saragosa reset the date for 10 March (11).
Mayweather, Jr. faces up to 28 years behind bars if he's convicted on all charges.