Flume came close to quitting his career as a DJ because he was self-medicating his anxiety disorder with alcohol and drugs. 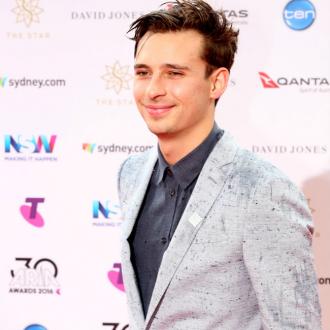 The 28-year-old Australian record producer-and-DJ has admitted he noticed similarities in the way he was dealing with his mental health to those of the late Avicii - whose family said he ''could not go on any longer'' after years of health worries caused by stress and alcohol abuse.

Flume - whose real name is Harley Streten - admitted he would drink booze and get high to make himself feel confident enough to go on stage.

In a candid interview with his partner Paige Elkington for her 'My Friend Podcast', he spilled: ''I mean I used a lot of alcohol.

''Like, when performing, I would drink to calm nerves.

''I would drink to make it bearable, which sounds crazy but really it's the truth.

''I'm just not a performer and I've definitely used alcohol to feel comfortable on stage in front of people.''

Flume has changed his ways and no longer drinks before his concerts, but that hasn't stopped him feeling anxious.

He continued: ''Now I don't drink before shows, because I kind of realised that was a pattern, and it was getting pretty bad.

''The second I enter the festival I'm riddled with anxiety.

''Even to this day, after I've done thousands of shows, I still get anxious.''

On how similar his behaviour was to the 'Wake Me Up' hitmaker - who tragically took his own life aged 28 in April 2018 - he said: ''I think people like Avicii and things, are literally the same as me.

''And he died because he was medicating himself just like I was, with alcohol, drugs, whatever. He wasn't happy.''

Flume came close to quitting music until he decided to face his issues head-on by seeing a therapist.

He said: ''I was at a point where I was like 'I don't wanna do this anymore.'

''When I have to use alcohol, like, I'm not having fun with this.

''I think I wanna quit unless I can figure something else out.

''I went to a therapist and I was like 'I hate my job, and it's f***ed that I can even say that because I have an incredible job that people dream of having.

''I feel like a bad person for saying that, but I love making music but I hate touring.'''

The 'Sleepless' star had doubts about going on medication for anxiety, but admitted without it he would've had to quit touring.

He concluded: ''I've always had anxiety problems, like social anxiety problems and I was really against taking anything for it initially because that's my natural stance.

''Whether its meditation or practicing going out and becoming comfortable with it over time like this was my last resort.

''Like literally if I didn't go on this medication, I would have quit touring forever.''