The Foo Fighters have announced they will perform a special gig at The O2 this year to celebrate the venue's 10th birthday. 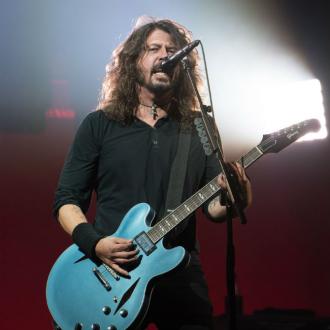 The Foo Fighters have announced they will perform a special gig at The O2 this year to celebrate the venue's 10th birthday.

The American rock group, which was founded by lead singer Dave Grohl, are set to perform at the North Greenwich site on September 19 this year as part of the site's Tenth Birthday Shows, NME has reported.

And Grohl, 48, has admitted him and the rest of the band ''can't wait'' to take to the stage and belt out their hit tracks to mark the occasion.

And the band's drummer, Taylor Hawkns, is ''super duper excited'' to be returning to the stage where he was previously joined by Brian May and Roger Taylor the last time they performed at the site.

The Foo Fighters are reportedly set to perform tracks from their upcoming ninth studio album titled 'Concrete and Gold', which will be released four days prior to their concert on September 15.

Jamiroquai will also take part in the celebratory event, although his gig dates have been pushed back to December 3 and December 6 after the group's lead singer, Jay Kay, underwent a spine operation in May this year.