Here's five of the best forthcoming album releases that we think you're going to really enjoy.

As the second month of 2021 gets ever nearer we take a look at the new releases that are set to delight our ears over the coming weeks. It may have been a slowish start to the year but things are certainly hotting up for February. Ahead of Valentines Day there are a whole load of new releases that you're sure to fall in love with. 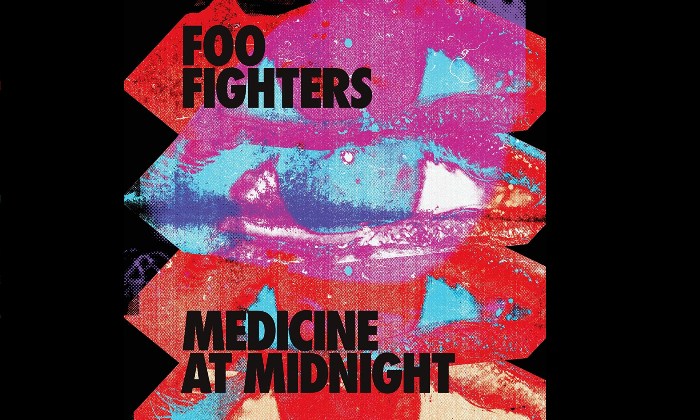 The first of our five February favourites is Foo Fighters latest album, Medicine At Midnight. Dave Grohl and his band have caused a little bit of a stir ahead of the release of this their tenth studio album with some critics saying the new album is "A little off balance." The reason for critics and fans alike to call into question the latest Foo's record stems from the more mellowed out performance on Shame Shame but rest assured their is plenty of hard driven, unforgiving Rock to be had on the Foo Fighters new record.

Taylor Momsen, Ben Phillips, Mark Damon and Jamie Perkins release their long awaited fourth album, Death By Rock And Roll after a five year gap. It's been said you can get too much of lead singer Taylor Momsen but we beg to differ. After their last album, Who You Selling For, in 2016 fans have been yearning for more of The Pretty Reckless and now they have it with Death By Rock And Roll. The album has already given up it's lead track in May last year. Momsen and Phillips co-wrote the song as a tribute to former producer Kato Khandwala, who worked on the group's first three albums. It is perhaps though the band's other single release from last year, 25, that has fuelled anticipation for the album to a greater extent with it's 007 like proclivities.

Pale Waves, one of Manchester's pre-eminent Indie groups of recent years, release their second album in three years with Who Am I. The four-piece, made up of Heather Baron-Gracie, Charlie Wood, Ciara Doran and Hugo Silvani, follow up to their 2018 debut album My Mind Makes Noises is a more reflective record, touching on "depression, distraction and darkness" but containing an underlying optimism. "WOMEN ARE POWERFUL, WOMEN ARE BEAUTIFUL, WOMEN ARE FEARLESS, WOMEN ARE STRONG. YOU DON’T OWN ME."

You can't deny, or for that matter begin to even resist, the inherent beauty of a London Grammar record so it is with great excitement that we await the latest release from Hannah Reid and her highly regarded band. Following up either 2013's If You Wait or 2017's Truth Is A Beautiful Thing was always going to be a tough ask but on the evidence of the first three singles, Baby It's You, the title track Californian Soil and more recently Lose Your Head they've done just that.

Last year was, by anyone's assessment, out of the ordinary, but creativity is often born out of unusual circumstances and it is just those circumstances that have lead to A A Williams latest album Songs From Isolation. During her, and our, enforced lockdown of 2020 Williams began taking requests from fans of songs she should cover. (Who doesn't love a great cover version?) And so almost a year on we have the collected result of Williams' lockdown sessions, truly beautiful, arresting and original takes on some iconic and cherished songs.