'Wild Window' is the latest single by Los Angeles band Fool's Gold, from their upcoming album 'Leave No Trace' which is due for release on the 5th September in Europe on IAMSOUND.

The video is directed by Andre Gura, who has previously worked with Wyclef Jean and Kelly Rowland on her hit single 'Ghetto' which featured Snoop Dogg.

The group, who used to vary between 12-15 members, but are now down to five, have said that the record was written inbetween Christmas day and new year's day in a rented house just outside the Mojave desert. The band also has performances at Glastonbury, Latitude and Solidays festivals under their belt, in what is proving to be a promising time for Fool's Gold.

The band have also been announced to be the main support act for Red Hot Chili Peppers in November on their 9 date UK tour. The dates are as followed: 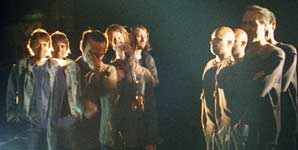 Los Angeles based outfit Fool's Gold are something of a unique entity among the current climate of tired clichÃ©s regurgitating their parents record collections. Not least because rather than follow the traditional notion of merely being a band, their ethos is one where the term "collective" is perhaps more of an appropriate description of their make-up.

By Sam Marland in Music Reviews on 09 February 2010

Review of the self-titled debut album from Fool's Gold 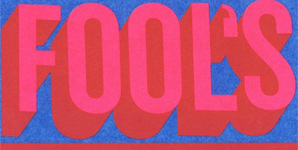