Forest Whitaker says starring in 'Lee Daniels' The Butler' was a ''special unique opportunity'' and he was thrilled to work with Lee Daniels and Oprah Winfrey. 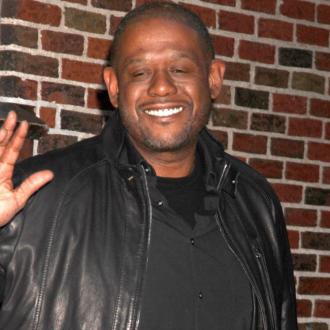 The 52-year-old actor portrays Cecil Gaines, a butler who served under eight US presidents in the new movie and he was delighted to work with director Lee and showbiz veteran Oprah Winfrey, who plays his wife Gloria, in the film.

He told Le Point.fr: ''This is an amazing story about a butler who served eight presidents in the white house.

''You get to see the movement of the country and the times through his eyes, the love of his family, his wife and son, which is a very special unique opportunity.

''Lee Daniels is a really talented filmmaker so you put those two things together. The opportunity to work with Oprah Winfrey, because we had wanted to work together before, it's evident that I would be happy to join this project.''

The movie is loosely based on the life of Eugene Allen - who died in 2010 aged 90 and spent 34 years working in the White House until his retirement in 1986 - and Forest hopes his portrayal ''honours'' his family.

He added: ''I didn't meet him, I did talk to his family, his son, people who worked with him. I did study photos of him, his recordings and stuff, but ultimately I was inspired by him so I had the freedom to create a character that represented this man and that represented many men and women who would be in this particular position, I tried to do that while still honouring his family.''