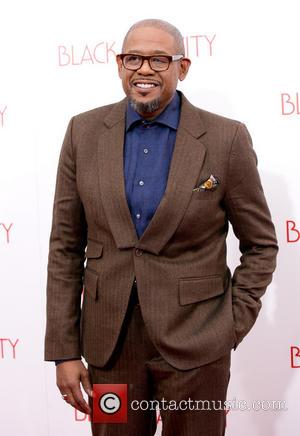 Forest Whitaker and first-time director Ryan Coogler are to be honoured with one of Hollywood's most coveted trophies when they collect the Producers Guild of America's Stanley Kramer Award for acclaimed 2013 film Fruitvale Station.

The filmmakers and their movie will be feted at the 25th annual prizegiving on 19 January (14) at the Beverly Hilton Hotel in Los Angeles.

The award was established in 2002 to honour a production, producer or other individual whose achievement or contribution illuminates and raises public awareness of important social issues.

Announcing the news of Fruitvale Station's honour on Friday (13Dec13), PGA Awards co-chairs Lori MCCreary and Michael De Luca state, "Fruitvale Station is an important film that raises awareness about an injustice that we encounter in the news with grim regularity. First time writer/director Ryan Coogler has captured the hearts and minds of both audiences and critics with his poignant portrayal of the true story of Oscar Grant."

The film chronicles follows the true story of Oscar Grant, portrayed by Michael B. Jordan, a 22 year old who wakes up on the morning of 31 December, 2008 and feels something in the air. Not sure what it is, he takes it as a sign to get a head start on his resolutions to be a better son to his mother and a better partner to his girlfriend. His resolve takes a tragic turn when he finds himself in the middle of a New Year's Day dispute with police officers in Oakland, California. In the scuffle, Grant is shot and later dies.

Whitaker, one of the films producers, says, "We are very excited that Fruitvale Station is being honoured with the Stanley Kramer Award. It is a testament to the director, the production team and the incredible efforts of the many talented people in our crew and cast who worked so hard because they believed in the message of this movie."