Foster The People Musician Cubbie Fink Has Announced His Departure From The Band. 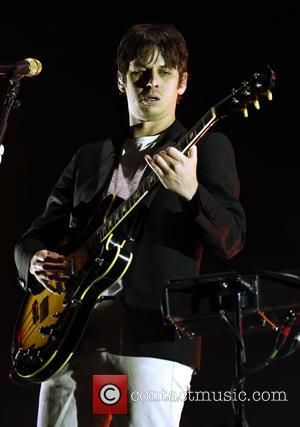 Picture: Foster The People - A host of artists were photographed as they performed at the 2015 Rock In Rio USA which was held at the...

The bassist helped form the indie pop band in Los Angeles six years ago, but on Wednesday (23Sep15), he revealed he is moving on from the group to work on other projects.

A statement posted on Twitter.com reads: "As we move into the next chapter of Foster The People we felt it was time to share some news regarding our friend, founding FTP member and bass player Cubbie Fink.

"Over the past several months a collective decision was made that he and the band would go their separate ways and pursue other opportunities."

Fink adds, "I would like to express my extreme gratitude to our fans for your incredible love and support over the last four years. It was a true gift getting to perform for such loyal, passionate and heartfelt people. I will miss playing and seeing all of you on the road. God bless you all."