Foster The People frontman Mark Foster was kicked out of a Prince gig last night (25.10.12) after he was spotted by security using a mobile phone, which are banned from the 'Purple Rain' hitmaker's private shows. 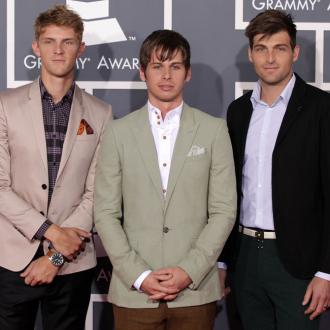 Foster The People frontman Mark Foster was kicked out of a Prince gig last night (25.10.12).

The 'Pumped Up Kicks' hitmaker was escorted out of The Sayers Club in Hollywood when he was spotted by security playing on his mobile phone, as the gadgets and similar types of recording equipment have been banned from the 'Purple Rain' singer's private shows.

According to TMZ, Mark pleaded with security to let him back in to the intimate concert after insisting he was only checking his phone and wasn't trying to take a picture as well as explaining he is in Foster the People and saying he hadn't closed his bar tab.

After a few minutes of trying to negotiate his way back into the gig, security gave him the green light but not until they had checked out his mobile phone.

Mark didn't have any hard feelings about the incident, which he claims was just a misunderstanding as he was simply checking a text message from a friend when he was spotted by security.

As he was leaving the venue, he told the gossip website: ''It's cool ... Prince doesn't play in front of 100 people every night.''