Review of Hang Album by Foxygen

When Sam France and Jonathan Rado released "...And Star Power" in 2015, the title seemed an extension of 2013's "We Are the 21st Century Ambassadors of Peace and Magic". Nobody minds such self-confidence when it's well-founded, but offering as proof of their epochal 'star power' an 82-minute smorgasbord of unpalatable, half-baked indelicacies, rather than a gleaming ambassadorial pyramid of Ferrero Rocher, was hardly diplomatic. The final track on "...And Star Power" was called "Hang", requesting, 'If I'm no good for you, would you let me know?' Let's say that critical responses did not include the phrase, 'Foxygents, with this new album, you are really spoiling us'. So choosing "Hang" as the title of studio album number four seems a test of critics and fans alike. Will we let them 'hang' with us again? In the most non-serious way achievable, Foxygen just got serious. "Hang" is ambitious, thoughtful, concise (thirty minutes) and largely coherent, while still managing to be potty in places. Sam France categorised the transition from conception to realisation as 'serendipitous', rather than the usual 'chaotic' or 'unhinged'. Thematically, it hangs together. Released on Inauguration Day, it offers LA life as a filter for the parlous state of the US. A forty-piece orchestra gives the tracks a lush fullness, as well as inevitable structure and added discipline. It's "Foxygen - The Musical", probably not heading to Broadway, but stranger things have happened recently.

'If you're already there, then you're already dead', declares "America", juxtaposing jaunty Dixieland piano with foreboding brass and strings. In "On Lankershim", LA's Lankershim Boulevard provides escape. The lyrical body blow is immediate, dealt in silky Eagles harmonies - 'And it all but seems my lifetime dreams have ended, and I know some people hope they won't come true'. LA nightclub ode "Avalon" mixes glam with whimsical Queen, offering escapist solace, 'in the garden of love'. Frug-inducing ELO/Philly soul "Follow the Leader" seems to promote conformity, until the refrain confounds expectations with 'And the leader is you'. Concluding track, "Rise Up" is as timpani-thundering and hammy as any stagey finale, rousing us with, 'You've got to pull yourself up from the fires of Hell'.

A few quirks would still have Waldorf and Statler heckling from the audience. France does his usual "Stars In Their Eyes" vocals - Bowie, Jagger, Lou Reed, Billy Joel on the morose "Mrs Adams", a stentorian Neil Diamond effort on "Trauma" and unnecessary club-style Vic Reeves stylings during "On Lankershim". "Upon a Hill" tells of 'wild flamingos on black spaceships'. Enough said. Though not yet a convert, "Hang" makes me much less of a sceptic. It is heartening that what we hear isn't Rado Ga Ga, but I can't say I've left my heart in Sam France's Disco just yet. 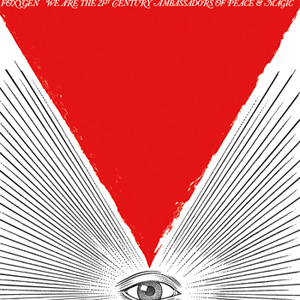