Drescher: 'My Ex-husband Was Gay' 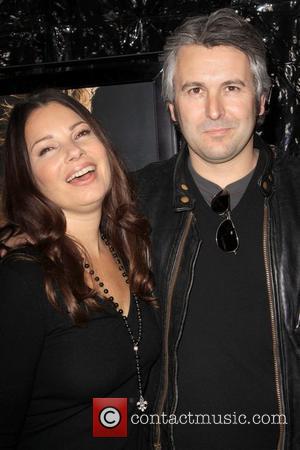 Picture: Fran Drescher and Guest arrive for the LA premier of Crazy Heart held at the Academy of Motion Picture Arts and Sciences California, USA...

Actress Fran Drescher has dropped a bombshell on Hollywood - her ex-husband PETER MARC JACOBSON was gay.
The beloved U.S. TV star split from Jacobson in 1999 but the couple has remained close and in 2008 co-hosted a now famous party to promote same-sex marriage in California.
Drescher now admits she is more than just a supporter of gay rights - she was married to a homosexual.
She tells In Touch magazine that she never knew her ex was gay during their 20-year marriage, but he 'came out' to her after they divorced.
The Nanny star tells the publication, "(We are) the the best of friends. We love each other dearly. We have even fixed each other up! I more successfully than him, by the way.
"Peter and I feel so blessed to have met each other and to still have a caring, loving relationship. Love is what we're all about... We went through a lot together."
The former couple is now working on a new sitcom, based on their complicated relationship.