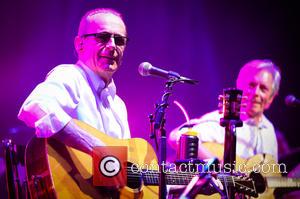 Veteran rocker Francis Rossi has been forced to retire his trademark guitar because it no longer stays in tune.

The Status Quo rocker is devastated that he has had to hang up his beloved 1957 Fender Telecaster, which is estimated to be worth around $1.6 million (£1 million).

He has been rocking around the world with the instrument for the past 50 years but has now invested in a sparkling new custom-built Status graphite guitar, which cost $12,800 (£8,000).

Rossi tells British newspaper the Daily Express, "It just wouldn't stay in tune any more. It's sad but it's past it's sell-by date."

Status Quo kick off a U.K. tour in Liverpool, England on Saturday (06Dec14).