Veteran actor Frank Langella has been hailed as "magnificent" by critics for his star turn in a revival of King Lear in New York City.

The Frost/Nixon star portrays the doomed ruler in a new production of William Shakespeare's tragedy at the Brooklyn Academy of Music's Harvey Theater, which opened on Thursday night (16Jan14).

Langella, who turned 76 on 1 January (14), turned in a stellar performance in the title role, according to The New York Times' Ben Brantley, who was full of praise for the ageing actor, writing, "A magnificent incredulity flows, as hot and coursing as lava, from Frank Langella's King Lear... Mr. Langella improbably turned 76 this month, but he retains a mighty strength to command (not to mention the ability to remember a whole lot of weighty words)."

Marilyn Stasio of Variety adds, "It should come as no surprise that the old lion makes a formidable monarch in King Lear... playing an outsized character like Lear seems to be a logical career move. Just the same, his performance has such breadth and nuance that it's something of a revelation."

Terry Teachout of The Wall Street Journal concludes, "Frank Langella is a stage actor of immense charisma and potency... He's absolutely worth the price of the ticket."

In recent years, King Lear has been played on stage by stars include Sir Ian MCKellen, Christopher Plummer and Sir Derek Jacobi. 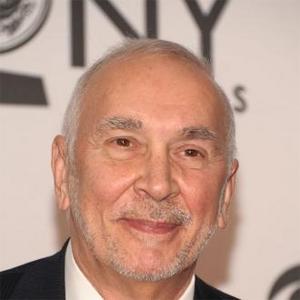