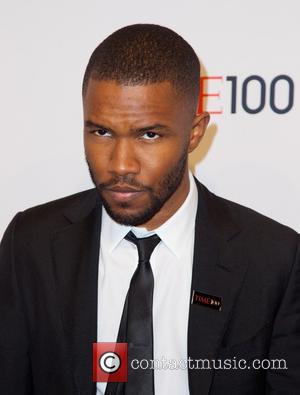 Quentin Tarantino rejecting his song hasn't deterred Frank Ocean from wanting the public to hear it. Currently untitled - but rumoured to be called Wiseman - the track can be found on Ocean's own Tumblr site.

Tarantino, in a statement, explained why he chose not to include the Odd Future star's song in his new movie. "Frank Ocean wrote a fantastic ballad that was truly lovely and poetic in every way," he explained, "there just wasn't a scene for it. I could have thrown it in quickly just to have it, but that's not why he wrote it and not his intention. So I didn't want to cheapen his effort. But, the song is fantastic, and when Frank decides to unleash it on the public, they'll realize it then." Instead, the film's score will feature new tracks from Rick Ross with the film's star, Jamie Foxx, as well as Anthony Hamilton, John Legend, and legendary composer Ennio Morricone, plus 2Pac and James Brown. Tarantino himself collaborated with musicians on several of the tracks, as well as the film's score.

This isn't the first statement the legendary filmmaker has had to make to appease fans. In response to myriad complaints at the use of the 'N-word', Tarantino said, "I think it's kind of ridiculous (the criticism), because no one can actually say with a straight face that we use the word more than it was used in 1858 in Mississippi. So since they can't say that, what they're basically (saying) is I should lie. I should pretty it up. I should lie, and I don't lie when it comes to my characters and the stories I tell."