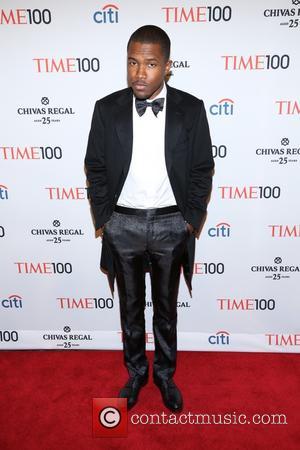 We now have one more reason to love Frank Ocean even more. Forget that he has the voice of an angel, or that he's the 21st century version of Blake in the sheer beauty of his lyricism, forget even that he came out publicly in a hip-hop environment that can often be phallocentric and homophobic. Frank Ocean has opted to do Chris Brown a solid and not press charges. What a nice guy!

On January 27th last week, Brown and Ocean ended up in a fight, which seemed to leave Brown's hand in bandages when seen the following day. According to reports Ocean and Brown met in the parking lot of a recording studio in West Hollywood as Brown was exiting. He wasn't arrested at the scene because, as witness claimed, Brown fled.

Brown really can't do with another criminal conviction as he's still on probation for beating his then girlfriend (and now girlfriend again) Rihanna the night before the Grammys in 2009.

got jumped by chris and a couple guys. lol. i only wish everest was there.

And then lamented his injuries suffered:

cut my finger now I can't play w two hands at the grammys.

However, in his consistently eloquent prose, Ocean left a note on his blog, presumably about the incident:

"As a child I thought if someone jumped me it would result in me murdering or mutilating a man. But as a man I am not a killer. I'm an artist and a modern person. I'll choose sanity. No criminal charges. No civil lawsuit. Forgiveness, albeit difficult, is wisdom. Peace, albeit trite, is what I want in my short life. Peace."