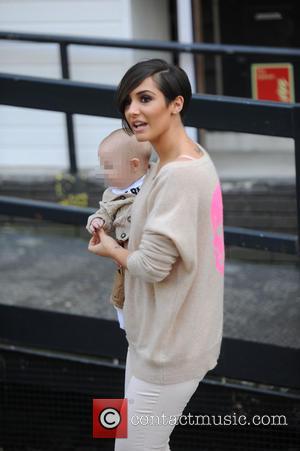 British pop star Frankie Sandford is winning her battle against depression thanks to her baby son.

The Saturdays singer attended a clinic in 2011 to receive treatment for depression and she feared the condition would return when she fell pregnant last year (13).

However, Sandford was delighted to find motherhood had the opposite effect, and she credits her six-month-old son Parker with helping to keep her demons at bay.

When asked if she feared she would be susceptible to post-natal depression, the singer tells British magazine Fabulous, "Yeah, I was so paranoid. I assumed that I would, but luckily I didn't. It's been a big relief. I can see how it happens - all of a sudden you realise that this little life is relying on you, and that's quite a big deal...

"I've got another purpose to life now. It's not just me. I want to be happy for Parker, I don't want to be down around him. It doesn't mean he's cured me or anything, but it gives me something else to think about."