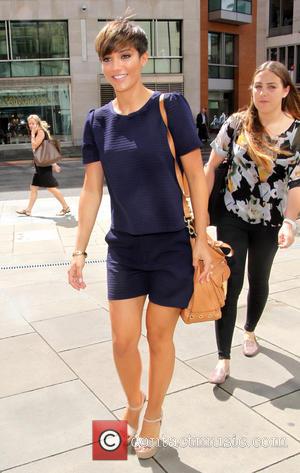 The Saturdays star is the first celebrity confirmed for the new series of the dance contest, and she will compete against 14 other famous faces for the trophy.

She tells BBC Breakfast, "I've always wanted to be a part of the show - it looks like so much fun and the costumes are just gorgeous. I can't wait to get started. Like so many little girls, I used to take dance lessons when I was in primary school and I really love dancing but this is going to be so different from anything I have done with The Saturdays."

Sandford's bandmate Rochelle Humes previously took part in the show for a Children in Need Special fundraiser in 2010 and a Christmas special edition last year (13).