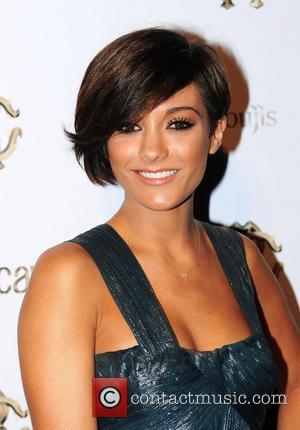 Frankie Sandford, the British singer and member of girl group The Saturdays, could become the future Mrs Bridge after her boyfriend, footballer Wayne Bridge, purchased a 40k diamond engagement ring, reports the UK's Sun newspaper.
The Manchester City footballer, who has been dating Sandford for nine months, bought the 3.5 carat yellow ring from Graff Diamonds just off London's Bond Street. Despite the luxury purchase, the ring is yet to be presented to Frankie. According to the newspaper, 31-year-old Wayne is "waiting for the perfect moment" to pop the question but has nothing specific planned. If she says 'yes', Sandford would be the latest 'Saturday' to 'settle down' - fellow band mate Una Healy recently announced she was pregnant with boyfriend Ben Foden's baby. Frankie tweeted Una, "were so excited about our first mini sats member! He or she is gonna be so spoiled by the most over protective auntie's ever!!!" Before meeting footballer Wayne, Sandford was in a relationship with the McFly bassist Dougie Poynter from October 2008 to November 2010. After a high profile split, Frankie reportedly received death threats from some of Poynter's fans.
The Saturday's released their second studio album, entitled 'Wordshaker', on 12th October 2009. The record peaked at number nine on the UK Albums Chart but fell out of the Top 30 shortly after.