Pair at odds over Klass' divorce proceedings with ex-husband 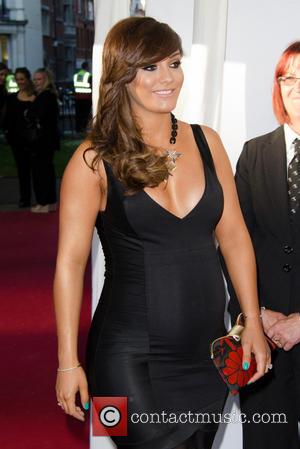 It was all kicking off for some reason or other between Frankie Sandford and Mylene Klass at the Glamour awards. Apparently the pair became pals when Klass’ ex Graham Quinn worked with The Saturdays, however as you may well know (we presume you do since you’re actually reading this) Klass and Quinn are now in the middle of divorce proceedings and it’s believed that Sandford has taken the side of Quinn.

So here’s what happened at the Glamour event, according to a source at The Mirror. “Myleene smiled at Frankie but was ignored. The poor thing felt really stupid and angry.” Apparently this was just one of what have been several public blankings. The source continued “She stormed over to Frankie to have it out, asking her why she kept being so rude. Myleene said she thought they used to be friends and recalled all the times she’d invited Frankie to her home and supported her when she had a few problems.”

This source must’ve been standing right next to them, perhaps even goading them on like they were at a school playground fight, because they’ve got a pretty clear memory of the whole thing. “Frankie looked pretty shell-shocked and mumbled something about it being awkward” they added. “This was like a red rag to a bull to Myleene, who basically accused her of taking Gray’s side. They glared at one another across the room for the rest of the evening.” So fascinating. Mylene Klass, shortly before it all kicked off All this petty squabbling can't be good for Frankie's baby