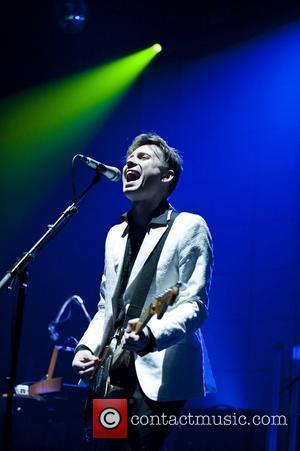 Scottish rockers Franz Ferdinand turned down a lucrative advertising deal and the chance to become famous in America - because they didn't want to be known for promoting fast food.
The Take Me Out hitmakers were approached by bosses at a famous Mexican restaurant chain, who wanted to use one of their songs in a promotional campaign across the U.S.
But the band refused to sign the deal - because they feared a backlash if they were associated with a takeaway restaurant.
Frontman Alex Kapranos tells Absolute Radio, "They asked if they could use our song Bite Hard and I think the idea was people were going to be biting into their chili enchilada while the song was in the background. It would be like going to MCDonald's or something like that. It just didn't seem right."