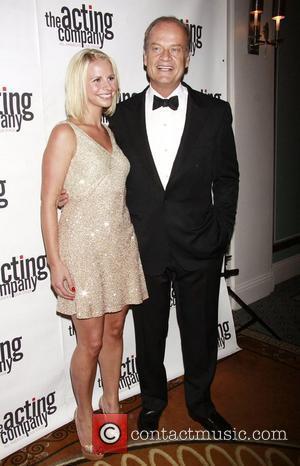 Picture: * GRAMMER ENGAGED TO WED AGAIN Former FRASIER star KELSEY GRAMMER is preparing to wed for the fourth time after proposing to his girlfriend KAYTE...

Frasier star Bebe Neuwirth is returning to the small screen in a new political thriller from Homeland writer Barbara Hall.

The actress, who was a Tv hit as Dr. Lilith Sternin in Cheers and its Frasier Crane spin-off, will play the chief of staff in Madam Secretary, a new pilot which features Tea Leoni as an embattled U.S. Secretary of State.

The project by Hall, who also created Joan of Arcadia, will mark Neuwirth's first major main cast role since Law & Order: Trial by Jury, which ran between 2005 and 2006.

Neuwirth has had more recent recurring roles in The Good Wife and Blue Bloods.

The pilot is slated to air on U.S. network CBS later this year (14).

Neuwirth Returns To Chicago With A New Hip